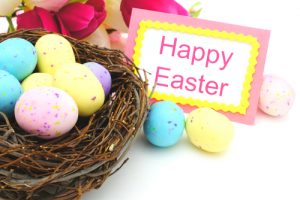 As we approach Easter here is the good news. Chocolate can be good for you!

We all know the bad news about chocolate. It has a high fat and sugar content. Eating chocolate may cause various diseases such as obesity, high blood pressure, coronary artery disease and diabetes. It is often blamed for acne although there is no clear evidence.

A report in the Netherlands Journal of Medicine – as quoted by the online publication Medical News Today – has suggested that there are just as many plus sides to chocolate as there are negative.

According to research, cocoa, which is the key ingredient in chocolate, contains phenolic compounds. These little beauties may be key in improving conditions such as oxidative stress, blood pressure regulation and atherosclerosis. It might also have a positive effect upon the ageing process.

Scientists behind the research believe that chocolate consumption may have the following benefits.

Before you rush out to buy those family favourites of Kit-Kat or Twix, bear in mind the healthiest chocolate is the darkest. It is all about the cocoa content: the more there is, the higher the antioxidant levels. Dark chocolate may also contain less fat and sugar, but do check the labels.

It is also important to remember that this research comes from a single source and much more research is needed before the health properties of chocolate can be confirmed.

Here however, are just a few more glimpses into the scientific world that help fight chocolate’s corner when it comes to recognising the good guys.

The good news about chocolate

According to the Journal of Nutrition: “regular consumption of chocolate bars containing plant sterols and cocoa flavanols – when eaten as part of a low-fat diet – may help lower cholesterol and improve blood pressure.”

Research by scientists at Harvard Medical School suggested chocolate consumption could help keep the brain healthy and reduce memory decline in older people. Drinking hot chocolate may improve blood flow to parts of the brain where it was needed.

An experiment in 2014, indicated that a cocoa extract, Lavado, could reduce or prevent damage to nerve pathways found in patients with Alzheimer’s disease.

The British Medical Journal published research that suggested that eating chocolate could help lower the risk of heart disease. Based on observations they have suggested a link between chocolate consumption and a lower risk of cardio disorders. They have called for further research into the area.

And for the sports players and gym goers?

And for all the health and fitness fans and gym goers who visit the Outlooks Gym at Kelsey Kerridge, the good news this Easter is that findings in the Journal of the International Society of Sports Nutrition suggest that dark chocolate might boost oxygen availability during fitness training.