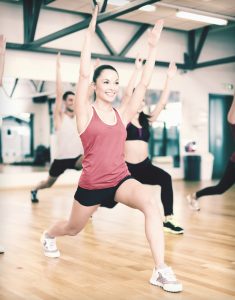 Office workers will often arrive at their desks by 9am in the morning. They are then likely to sit for three to four hours with little or no walking during that time. Lunchtimes may also include eating at the desk. Then it is back for another long period in a seated position.

The impact of this can be catastrophic on the health of office workers. Carpal tunnel syndrome, spinal injury, repetitive strain, arthritis and bursitis, circulatory problems, neck and back tension, spinal disc degeneration. These are just some of the issues that arise for people who sit for prolonged periods of time.

This may sound dramatic but just survey your own office workers team and there is a high likelihood that people will be suffering one or more of these ailments.

Statistics released by various sources bear out the truth.

The British Heart Foundation’s Physical Inactivity and Sedentary Behaviour Report of 2017 found that 20 million adults in the UK are physically inactive.

A NHS survey in 2018 found that 21 per cent of men and 25 per cent of women were classified as inactive.

Get Britain Standing, a national initiative to promote awareness of the impact of prolonged sitting, found that British people sit for an average 8.9 hours a day.

Despite these scary statistics, office workers can counteract the impact of a sedentary working life. This means taking action to get active while in the office but also making sure your exercise routine is as effective as it can be.

Here are some ideas for counterbalancing the time spent sitting at a desk:

Set a reminder to get up and move about the office regularly during the day. It is a good idea to involve other people in this – maybe have an agreed time where you and your colleagues will spend five minutes standing, walking and stretching while you chat over office issues – or what was on tv the previous night.

Spend lunchtime doing something active. This could be going for a walk or putting on the running kit and pounding out some miles. You could organise a circuit in the park or a game of football with fellow office workers. 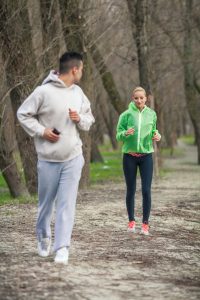 Try to go to the gym at least three times a week. At weekends they to ensure there is plenty of activity built into your day.

Do stretching in the morning and evening to loosen the muscles that have been in a restrictive sitting position all day.

Take every opportunity to get off your seat during the day. This could be standing on the train instead of sitting. Stand up while making phone calls at work. Persuade your boss to invest in sitting/standing desks. These allow you to adjust the height of the desk so you can stand as you work.

It is a tough ask because people need to work and sitting at a desk is often part of the job. With some thought and planning it is possible to limit the time spent sitting and improve your health as a result.