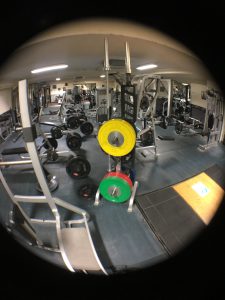 Gym etiquette is all-important if the gym or health centre is to provide a safe and pleasant place for all users.

Think about it for a second: heavy weights, moving parts on machinery, exhausted bodies and minds, sweaty hands, towels lying around – it could be a recipe for a disaster if people are not switched on and aware of what is going on around them.

We have put together a handy guide to good gym etiquette, just to ensure that everyone has an enjoyable visit to Outlooks Gym or our free weights area.

Put things back where they came from

This is the most regularly broken rule of gym etiquette. If you have ever stubbed your toe on a 50k dumbbell or stepped backwards and fallen over an abandoned barbell, you will know what we are talking about. At Kelsey Kerridge we also have a wide range of functional fitness equipment, which means stray ropes, sandbags or medicine balls could be a hazard if people are lazy about clearing up after themselves.

Along the same lies, try to avoid building up a ‘nest’ of weights around you as you work out. Other people also need the weights so just have the ones you are using at the time.

Gyms are dangerous places if you are in your own dream world. Be aware as you walk past someone who is doing dumbbell kickbacks, don’t wander too close to someone on the quad extension machine, be aware of the skipping rope’s reach. And equally, if you are about to start doing 360 circles around your head with a kettlebell, check around first to make sure no-one is walking into your danger zone!. 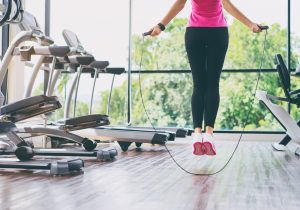 Bring your towel… and use it

A gym can be a germ-ridden place. One study quoted on the website life fitness found 63 per cent of gym equipment showed the presence of rhinovirus, which causes the common cold. Weight training equipment is more highly contaminated than cardio machines as viruses love non-porous (steel) surfaces. Of course, at Kelsey Kerridge we operate a stringent cleaning process but do use your towel to wipe equipment after you have used them.

If someone is working out on a piece of equipment that you want to use, don’t stand close to them looking as if you are about to pounce. Aside from being dangerous, it is also off-putting for the person trying to exercise. Equally, staying at one station when other people want to use it is not acceptable either. If you are on a popular piece of equipment, try to avoid doing a set and then sitting on the equipment checking your phone while you recover. Try to work with others – maybe two of you doing a similar set can work together, one rests while one works. 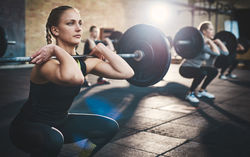 This is a relatively new addition to the gym etiquette rules. Selfies are a good way to track progress and can be an inspiration to others but there are limits. Try to take selfies when the gym is less busy and keep it to a minimum. And never, ever take phone calls in the gym. If you are expecting a call, keep your phone on silent and take the call outside.

Yes the gym can be a great social setting but actually if you are trying to do a heavy weights session while two or three people stand around chatting and laughing nearby it is incredibly off-putting. Save the chit-chat for the changing room or cafe area.

Always ask before taking over a piece of equipment

A general rule of thumb when it comes to gym etiquette is ‘be considerate of other people’. Let’s work together to make the gym a friendly and safe place to be.