When the time is right for moving on

Whether you are a 17-year-old deciding it is time to hang up your netball kit to concentrate on ‘A’ Levels, a 30-year-old who has come to the end of a starry soccer career, someone whose sporting excellence was cut short by injury, or just someone deciding enough is enough – moving on at the end of an all-consuming sporting career is a difficult decision.

“I just couldn’t commit to the time spent at training and matches and still study for my exams,” one student from the Stephen Perse School told me as she explained why she was moving on from netball after seven years of first team action. She added that she was excite about the new sports she would be taking up when she went to university – netball’s loss would be another sport’s gain.

“The time it took for me to recover after every match meant, ironically, my fitness suffered, a 49-year-old hockey player said ruefully as she ended a 35 year playing career.

Whatever the reason, there is no need for anyone to completely turn their back on sport. Just as one door closes, so another may well open. The prime example is the number of people who are gravitating to cycling in their mid-30s after changing a sporting diet that was all abut rugby, football, netball or hockey. Or those mid-lifers who can no longer cut it on the sports field but enter extreme adventure challenges that call for even greater reserves of mental strength and physical endeavour.

Of course, it is always difficult to replicate the incredible camaraderie that surrounds a sports team. The banter, the team-work, the sociability, the life-long friends, they are all what makes a team sport so special and it is difficult to see anything filling that void.

There is also the feeling of working together to meet a challenge or bonding against a common ‘foe’; all elements of sport that people can miss hugely after moving on from team sports.

Setting your next goal

But, there is another way. At Kelsey Kerridge Sports Centre, we see groups of people enjoying being part of a group all chasing a common goal. You only have to look at the participants in a circuit or a boxercise class to see that competitiveness and a desire to be the best can continue way past team sports. 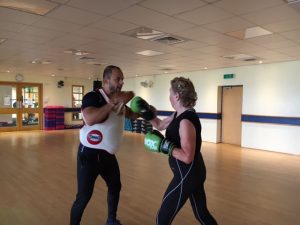 Entering a challenge such as the Cambridge Half Marathon is a fantastic way to set a challenge and a goal and join hundreds of other people all seeking the chance to do something extraordinary.

The toughest thing is when retirement is foisted upon someone through injury or illness. I know many people of many ages who have had to give up their preferred sport because of an injury and that is tough to deal with. At the other end of the spectrum, is there a sadder sight than someone trying to perform to the level they once could, only to end up frustrated and annoyed because their body is not as willing as the mind?

The beauty of sport and activity is that there is usually another way and it is up to each of us to find it. Whether you swap scrumming for spinning; dodges and defending for downward dogs or penalty corners for the three peaks challenge – there is something for everyone.

If you see your sporting activities as a series of chapters in your life book, then march forward from one chapter with the confidence to seek new and exciting challenges.