Rowing fitness for everyone

We are coming up to the Bumps season in Cambridge – a time when both university rowers and club rowers enter teams into the famous Bumps competition. For a four or five day period, the early evening along the banks of the River Cam is buzzing with spectators, supporters and coaches exhorting the eight rowers in the boats to go faster in an attempt to catch up or ‘bump’ the boat in front.

The Bumps began because of the nature of the Cam, it is a narrow and winding river which leaves little room for side-by-side racing. The Bumps were introduced in the 19th century as an exciting alternative.

At the start of the bumping races, crews line up, in their finishing order of the previous year, along the river with one and a half boat lengths of clear water between them. A cannon starts the race and then it is a lung-bursting chase up the river. When a bump occurs (when one crew is touched by its chasing crew), the ‘bumped’ boat pulls over to allow the other crews to continue racing. The next day, all crews involved in a bump swap places and the race is run again. After the days of racing, the aim of the top crews is to be at the “head of the river,” i.e. to lead the first division. Lower crews cannot expect to achieve this, but can win their “blades” by bumping up every day.

Which leads nicely onto this week’s topic, the benefits of working on your rowing fitness.

For a land-lubber like me, the thought of getting into a boat on the water is a total horror. The prospect of falling in fills me with dread, so the only option is a rowing machine. But what a great piece of kit it is.

There are also tremendous cross-over benefits to other activities. To get better at weightlifting, for instance, you need good triple extension of the ankle, knee and hip joints, which you work on with every single stroke of the rower. 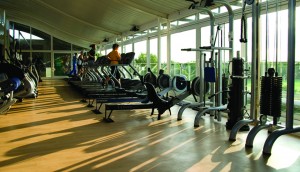 ake a huge improvement to your aerobic fitness to build endurance, and your anaerobic fitness for more speed. And because up to 85% of your muscles are involved when rowing, you can also build muscle size, strength and power.

Like all cardio vascular workouts, the more variation you can add, the more you will enjoy the sessions. Here are three rowing fitness workouts that will help you improve your fitness and possibly even inspire you to get into a real boat!

Row for five minutes at a comfortable pace, then row for 250m as fast as possible, while maintaining proper rowing form. Rest for 60 seconds, then row another 250m at maximum effort. Repeat this pattern for a total of ten all-out 250m rows.

This one couldn’t be easier to follow. After an easy-pace five-minute warm-up, row for 20 minutes at the highest effort level you can consistently maintain. At the end make sure to note your average stroke rate and average speed so you have a target to improve upon next time.

Working up to a PB

A rower’s best 2km time is the equivalent of a weight trainer’s bench press one-rep max. If you’ve ever tried a 2km all-out PB you’ll know it’s agonising. Seven minutes is the gold standard for us mere mortals but that’s still a tough target. If you want to set a decent time, try doing 4 x 500m with one minute of rest in between. This helps you get used to covering the distance as quickly as you can, and as you progress reduce the duration of your rest in five- or ten-second drops to push yourself closer towards doing 2km in one all-out effort.

And for something completely different try this cross-fit thruster work out, which combines cardio vascular with weight training. 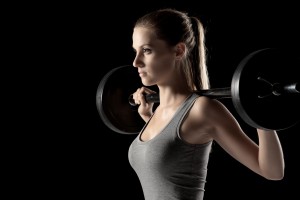 back up powerfully and press the weight overhead. Once they’re done, reset the row and burn another 21 calories, then do 21 thrusters. Next burn 15 calories and do 15 thrusters, then finish with nine calories and nine thrusters.

As with all our exercise and fitness ideas, chat to one of our team at the Outlooks Gym for further information, advice or guidance.