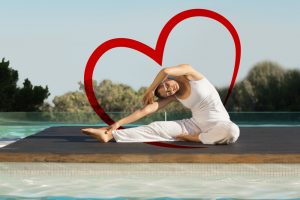 The health benefits of Yoga

People have been practising Yoga for thousands of years. Ancient civilisations understood the health benefits of Yoga, including its ability to alleviate stress.

Yoga incorporates breathing exercises, meditation and poses that combine to encourage relaxation and reduce stress. Certain types of yoga will also strengthen and condition muscles. While Yoga would not count as a cardiovascular exercise, there are many types of Yoga practice that will leave you feeling that you have had a good workout.

The science behind the story

Science provides evidence for the health benefits of Yoga. Multiple studies have shown that Yoga deceases levels of cortisol, the primary stress hormone, in the body. One study from the University of South Australia tested 131 people during a 10-week programme of Yoga. It found stress and anxiety reduced in most of the participants. The participants also reported lower levels of fatigue.

Another one of the many health benefits of Yoga is its ability to reduce inflammation. While inflammation is a normal immune response to injury or physical stress on the body, chronic inflammation can lead to other problems, such as diabetes, heart disease and cancer.

One study, involving 218 participants, looked at the impact of Yoga on reducing inflammation after heavy exercise. The group was split in two. Both groups did regular strenuous exercise sessions but only half the group followed this up with Yoga. The study showed significantly reduced inflammation among the people who practice Yoga.

Just how you practice Yoga is a matter of personal choice. For some people, Yoga is a deep mind and body experience, with the quietness of meditation as important as the Yoga moves. For others, Yoga is a means to improved flexibility or recovery from hard exercise – in other words it is part of a wider exercise regime. 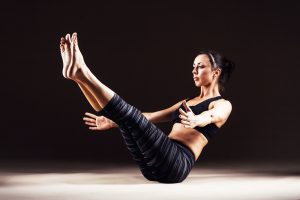 A more flexible you

Either way, one of the health benefits of Yoga is improved flexibility and balance. A study at East Illinois University, Chicago, looked at the impact of regular Yoga sessions on the performance of 26 male college athletes. One group did two Yoga sessions a week for a 10-week period, the other group did no Yoga at all.

At the end of the trial, the athletes who had been doing regular Yoga showed significant improvement in flexibility and balance across a range of tests. The results went a long way to prove that Yoga can improve factors that contribute to enhanced athletic performance.

Another fitness quality that Yoga promotes is strength. Even something as simple as a regular round of sun salutations will quickly deliver strong shoulders and upper back muscles. Used in combination with other exercises, Yoga can be really effective at developing all over body toning and strength.

At Kelsey Kerridge we offer a range of Yoga classes but it is important that you choose the type of Yoga that best suits you. 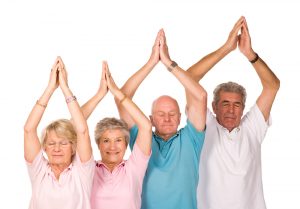 Hatha Yoga focuses on basic postures at a comfortable pace, so that is great for beginners. If you want to increase strength through using more of your own body’s resistance, Ashtanga or Power Yoga may be right for you. Bikram, also called “hot yoga,” is a deep and intense practice carried out in extreme heat. In Bikram yoga, the room temperature is set to around 105 degrees Fahrenheit, resulting in greater elimination of toxins from the body through the increased production of sweat.

The beauty of Yoga is its flexibility and suitability for everyone from youngsters through to nonagenarians. No matter your fitness level, fat percentage, or health history, yoga has a style for you.