“Come on, just 10 more, really breath it out!” Anyone familiar with the gym at Kelsey Kerridge will know its manager, Mustafa Ustamehmetoglu and his ability to get just one more ounce of energy from even the most shattered of human bodies. He might be unfailingly courteous, but he is also one of the most inspirational (some might say unforgiving) gym instructors in the business. 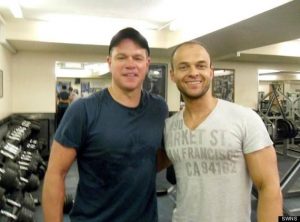 As a national U21 body building champion in Turkey, Mustafa proved his an ambitious streak from an early age. Nearly 20 years later he is still pushing for levels of excellence – both from himself and from the many, many people who come to him for personal training or exercise classes.

“I love working at Kelsey Kerridge,” says the ever-cheerful Mustafa. “Since arriving here in 2001, I have been constantly promoted and now I really have the freedom to develop the gym in the way I would like. I feel Lianne (KK general manager) has total confidence and trust in me and that is a great place to be in.”

Long-time users of the central Cambridge gym will know and appreciate the amount of work that has gone into keeping the gym and health club at the edge of new technology. To stay ahead in the competitive marketplace, Mustafa visits other gyms, attends national exhibitions, talks to the manufacturers and researches. “I do a lot of research,” he says. “I took a degree in business and management at Anglia Ruskin University and I have been ensuring my knowledge is up-to-date ever since.”

Mustafa’s interest in fitness began at his brother’s gym in Turkey. At eight years old, Mustafa was helping out and soon realised that this was where his passion and enthusiasm lie. When it came to following his own career however, he knew he had to travel elsewhere to really get an in-dpeth knowledge, which is how he ended up in Cambridge.

The challenge for Mustafa and Kelsey Kerridge is two-fold. At a business level, the gym has to stay ahead of the competition. “The biggest challenge comes from the budget gyms,” says Mustafa. “But I would say to anyone who wants a safe, healthy and cost effective but high quality experience, that we are the best option around. We have great instructors, we give one-to-one attention, the staff are highly knowledgable, and we have time for everyone. With the new functional fitness suite, combined with the equipment we already have and our range of classes, I would say we are the best gym in Cambridgeshire.”

The second challenge is to actually get people through the door and exercising. With the country in the grip of a long-standing obesity crisis, it is people like Mustafa who are helping people live healthy, active lives. He points to the functional fitness suite as being one of the things that is leading the way in facing the challenge. “It is an area that is not too ‘male-orientated’,” he says. “We put a lot of thought into the lay-out and colour and it is an area that is attracting a lot of people who want to get fit without the feel of being in a heavy weights area. For many people, the environment is very important.” 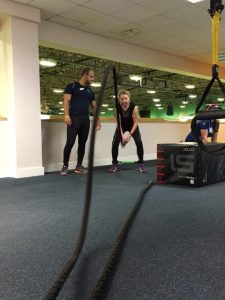 He also says that social media is having a big impact upon how people view working out. “Instagram, Facebook and Twitter are great vehicles for posting images and videos of workouts and the effect has been a changing perception among gym goers. Suddenly it is cool to have muscles and look ripped. It is the celebrity effect – Kim Kardashian is proud to be muscle-y, and that is a positive message, particularly for young girls and women.”

As the 20 or so people of all ages and abilities gather their mats ready for an hour of Krunch and Kore, Mustafa is definitely doing his bit to spread the positive message.